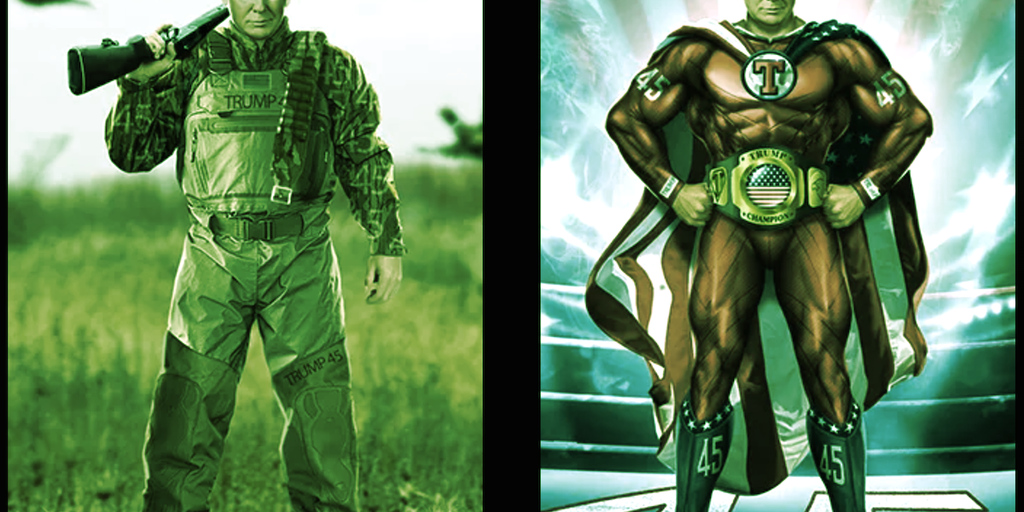 Former U.S. president Donald Trump said that he decided to launch his NFT collection because he liked the art and thought the images of him were “sort of cute.”

In a recent interview with One America News, the twice-impeached former Commander in Chief and one-time television personality said Trump Digital Trading Cards were not about making an investment, but rather an artistic endeavor.

Trump launched NFT (non-fungible token) trading cards earlier this month, teasing them beforehand as “a major announcement.” People criticized the $99-apiece Polygon NFTs when they dropped, with many Trump supporters saying that they wouldn’t buy them, and others finding watermarks from stolen stock photos in the images.

“I loved the art,” Trump said in the interview. “I’m looking at this stuff and I’m saying, ‘that’s sort of cute, that might sell.’ It set like a record. It’s been incredible.”

The digital trading cards were promoted as featuring “amazing art of [Trump’s] life and career,” and depicted him as an astronaut, a cowboy, and a superhero, among other poses and costumes.

When asked why he would choose to launch NFTs when the entire crypto market was down, Trump said he “didn’t view it as an investment,” but said again that he “thought they were cute.”

NFTs—tokens that are linked to digital (and sometimes physical) things, like art or music—exploded last year. But since the crypto market has entered a bear market, interest in the assets has waned.

Buyers were offered perks like a meet-and-greet or dinner with the former leader. Trump’s NFT collection sold out in one day, but the floor price has since dipped as people have lost interest in the tokens.

So far, the collection has raked in a total of $9.6 million in secondary sales, according to CryptoSlam.

This time last year, his wife Melania Trump released a Solana NFT. Trump days later responded by praising his partner’s idea but adding that crypto was a “very dangerous thing.”