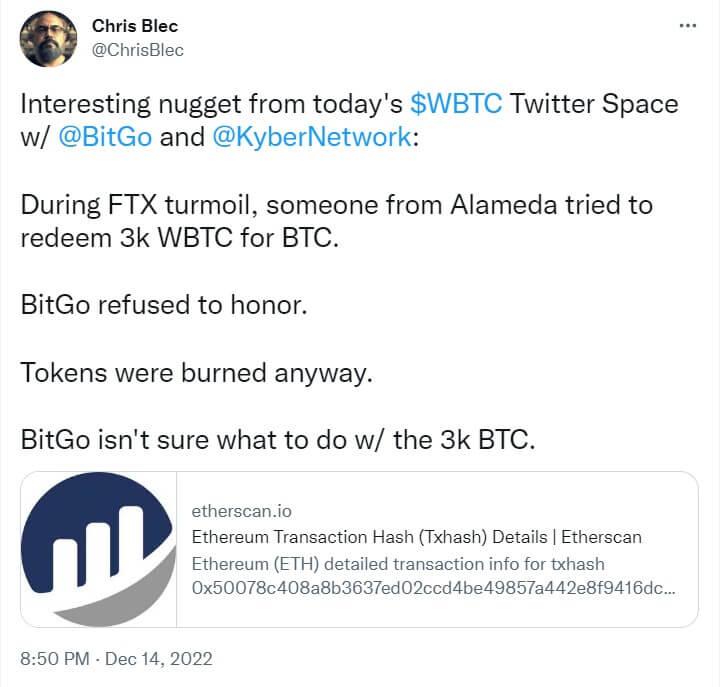 Belshe said BitGo declined the request because the Alameda representative that reached out to his firm failed the security verification process.

He added that BitGo is familiar with the representatives of all the firms that owned WBTC, and this representative from Alameda was not someone the custodian had interacted with before.

The person was also unfamiliar with the burn addresses, which was where the WBTC was sent to before the release of BTC used to back it.

Due to these reasons, BitGo paused the process to get clarifications from the trading firm. “While we were holding it, waiting for a response on those issues, they [Alameda] went bankrupt,” he added.

Onchain data shows that the redemption was initiated on Nov. 9, two days before FTX declared bankruptcy, and the transaction is still pending.

Although Alameda has already sent the 3000 WBTC to the burn address, BitGo is yet to approve the redemption request that would trigger the release.

This means that BitGo currently holds more BTC than the WBTC in circulation. Its dashboard shows that there are 199,238 WBTC against the 202,255 BTC in custody.

While Belshe disclosed the information to highlight BitGo’s security, it also shows the frantic attempts by those at FTX and Alameda to recover liquidity in the final days of the exchange. 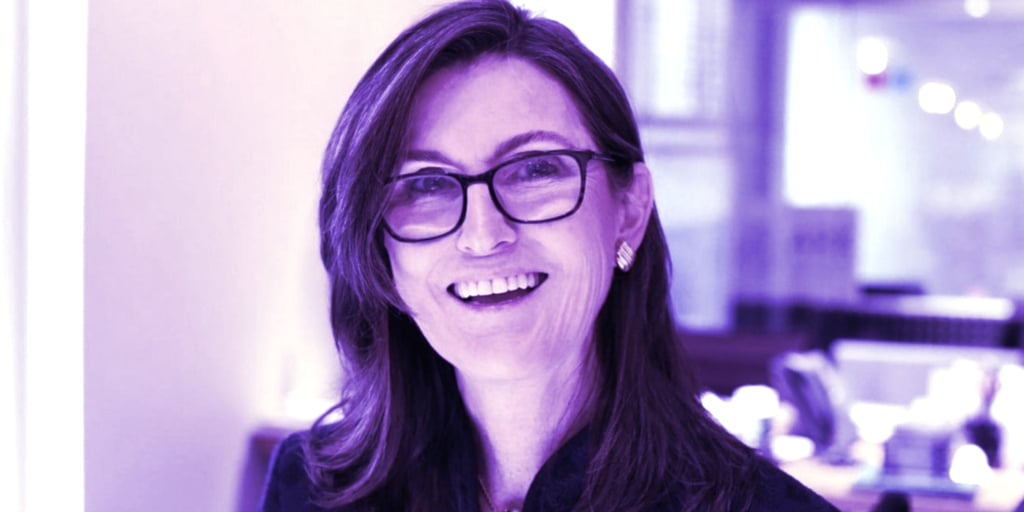