A filing in the United States Bankruptcy Court of the Southern District of New York states that the liquidators of Three Arrows Capital have been unable to communicate with the founders “in any meaningful way.”

The location of founders Zhu Su and Kyle Livingstone Davies is currently unknown as they continue to hide from the spotlight.

“The physical whereabouts of the Debtor’s founders, Zhu Su and Kyle Livingstone Davies… are currently unknown.” 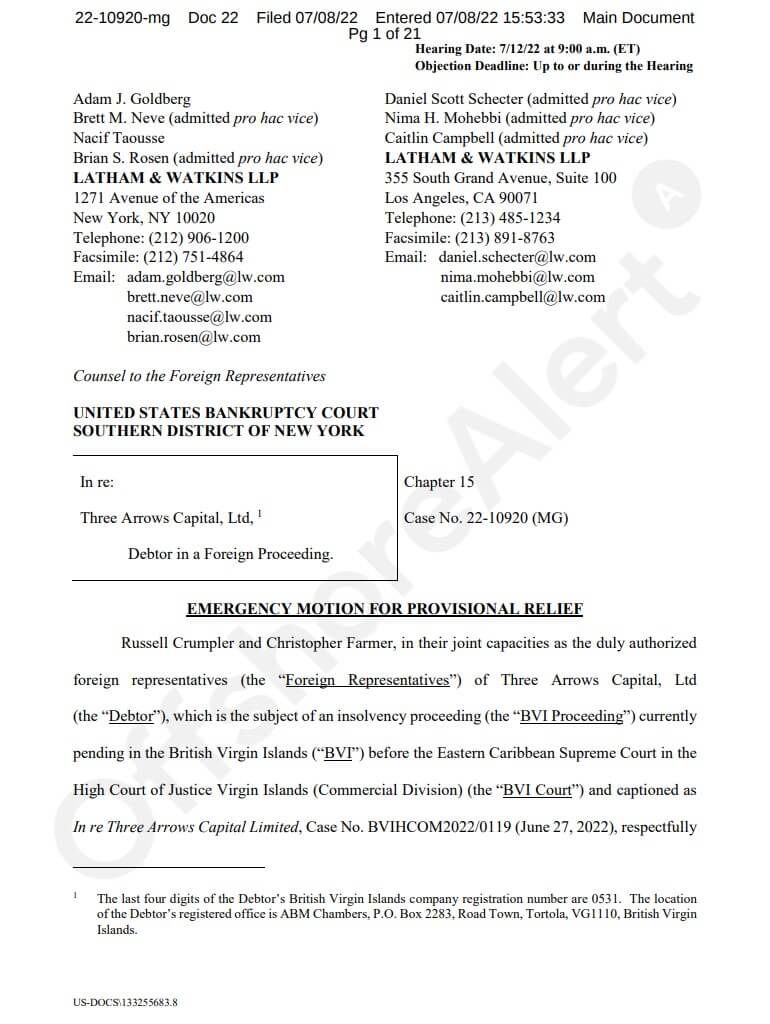 Concerns 3AC could dispose of funds

The document additionally stated that the liquidators are now genuinely concerned that 3AC may “dispose of” its assets outside the insolvency proceedings.

“There is an actual and imminent risk that the Debtor’s assets may be transferred or otherwise disposed of by parties other than the courtappointed Foreign Representatives to the detriment of the Debtor, its creditors, and all other interested parties.”

The liquidators remarked that due to the nature of 3AC’s business, the “risk is heightened” as cryptocurrency assets are “readily transferrable.” The liquidators must facilitate and “effectuate the orderly wind-down of its operations and begin the liquidation of its assets.”

The 106-page court filing was submitted on Friday, July 8, requesting:

“provisional relief to mitigate the risk of transfers or disposals of the Debtor’s assets by parties other than the Foreign.”

Should the investigation continue, one of the goals is to establish “the extent of the Debtor’s trading activities and the circumstances that led the Debtor to commence” the insolvency proceedings.

A lack of cooperation

3AC voluntarily began the insolvency proceedings but has seemingly refused to cooperate with the process. Requests for meetings have been rejected in place of a Zoom call in which neither Zhu Su nor Davies turned on their microphones or cameras.

In the meeting, requests were made for the liquidators to gain access to digital wallets owned by 3AC, and a subsequent meeting is scheduled for July 11 to confirm whether these will be handed over.

One of the liquidators, Christopher Farmer, traveled to Singapore to visit the 3AC offices. Still, upon arrival, he noted that “the offices appeared vacant except for a number of inactive computer screens.” Farmer also observed “unopened items of mail” and spoke to residents who confirmed the office had been occupied as recently as early June.

The official relief requested by the court filing includes:

The subpoena will require the founders to provide the following documents within 14 days. 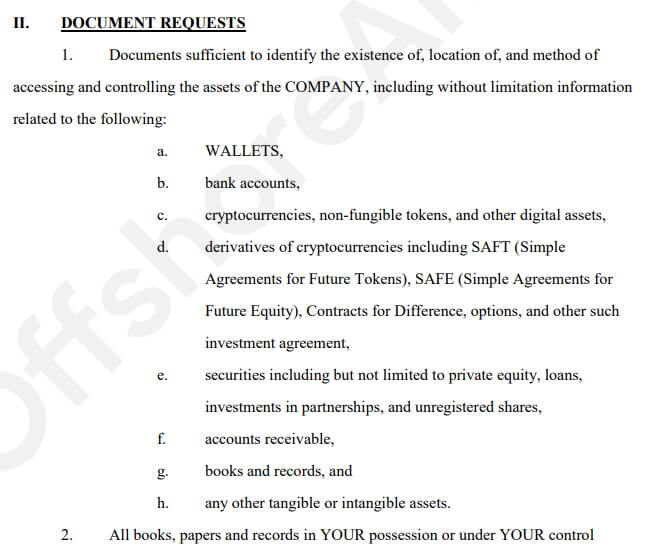 As the basis for the request, the liquidators state “an actual and imminent risk” that 3AC founders may transfer assets outside its control. The result could be that creditors do not receive reparations concerning the funds currently locked in 3AC custody.